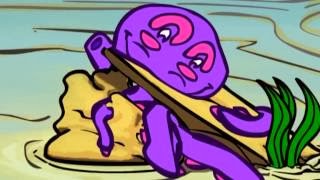 Squid Boy is an animated series created anonymously behind a firewall near you. The creator, the character and publisher are unanimously known as ''Squid Boy'', hoping to one day broadcast as far as the third moon of Saturn. Every six episodes conclude one season, on a voyage exploring it's ID and it's medium.


New episodes will be featured weekly on
THE CHIBBY CHANNEL